Smart Issues in BIMcollab are issues that contain and track reported clashes from BIMcollab ZOOM.


In a traditional model checking workflow, clashes are detected in a model validation tool and reported as issues. When new models are created, the clash detection has to be repeated to verify if clashes are resolved.  In some cases it is possible to update issues based on updated clash results.

This workflow has some limitations:

To address these limitations, the Smart Issues in the BIMcollab ecosystem improve the traceability of clashes:

In this article, we will explain how to report Smart Issues and how to follow up on them.

To create Smart Issues from BIMcollab ZOOM, make sure you meet these requirements:

To start reporting clashes, the first step is to perform a clash detection in BIMcollab ZOOM.

Learn more in the article   How to perform a clash detection with BIMcollab ZOOM.

The clashes that have been detected based on the parameters of the clash rule, will be displayed in the Clash results window, as well as in the 3D window.

Report clashes from the Clash results

Go through the clashes in the Results window and determine whether you want to report or ignore them. You can do this by right clicking on the clash or clash group, or using the buttons at the top of the results window.

When reporting or ignoring clash groups to issues, the action will only apply to unhandled clashes in the group.

For more information about the statuses of the clashes, consult the article   The status of a clash. 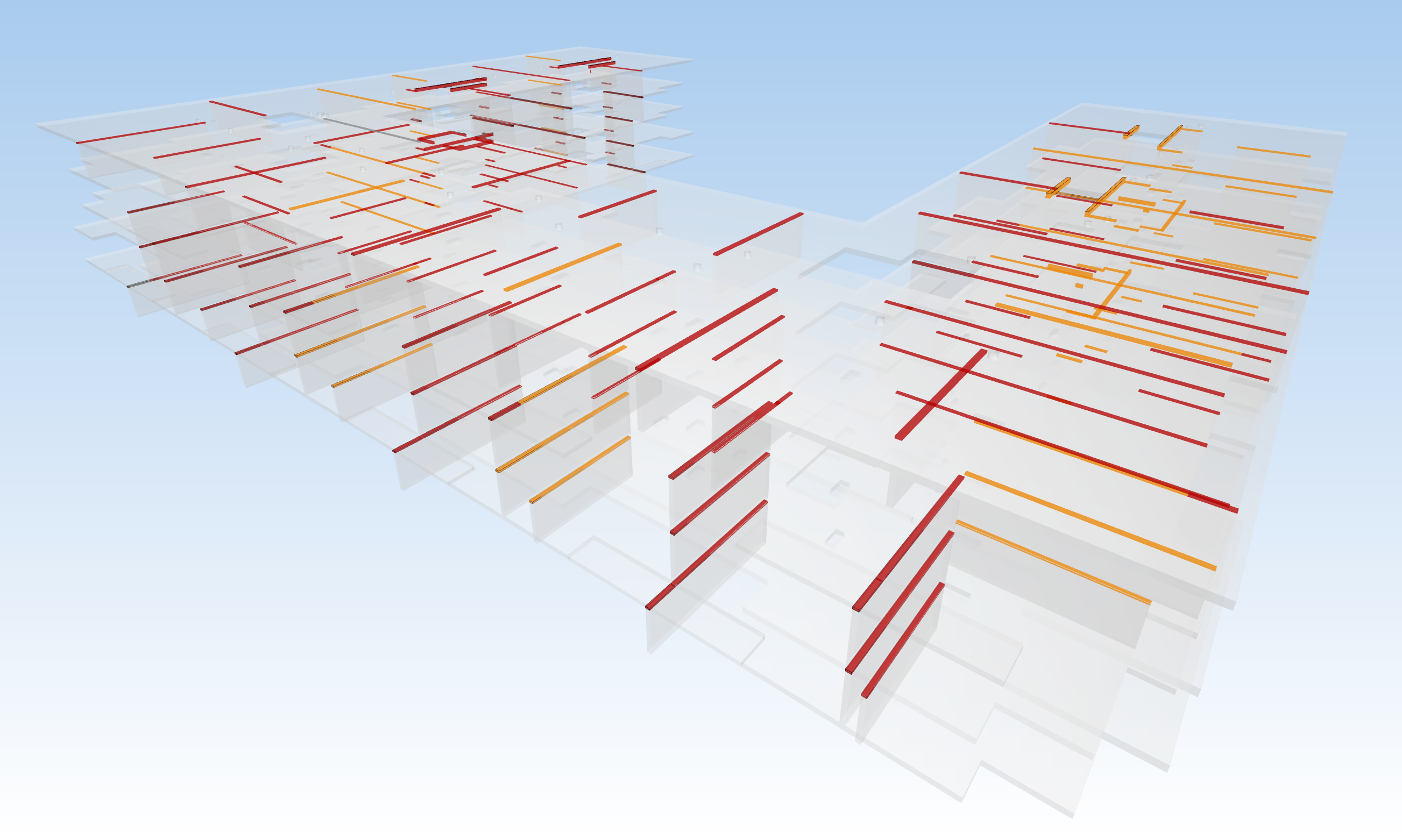 Detected clashes are unique, based on the relationship of the clashing elements. The status of a clash is the same, regardless of the clash rule used to detect it, or which team member  performed the clash detection.

Team member 1 runs a clash rule which checks the ventilation system against the structural model.

He reports the clashes detected with the clash rule.

Some time later,  Team member 2 runs a clash rule checking the MEP systems against the structural walls. Some of the clashes which are found with this clash rule, were also present in the results of his colleague's clash rule.

Because these clashes were already reported, and clashes are unique, they are marked as Reported in Team member 2's clash results as well.

This helps a team to avoid duplicate issues in a more straightforward workflow.

If a clash has already been reported, it is still possible to add an additional issue for the same clash, if extra communication is necessary.

In the clash results tree, both issue numbers will be linked to the clash.

In the issues panel, issues are created for all reported clashes and clash groups.

Synchronize your project to share the issues with the rest of your team. The number of the newly created issues to which the clashes are linked, is shown in the clash results. 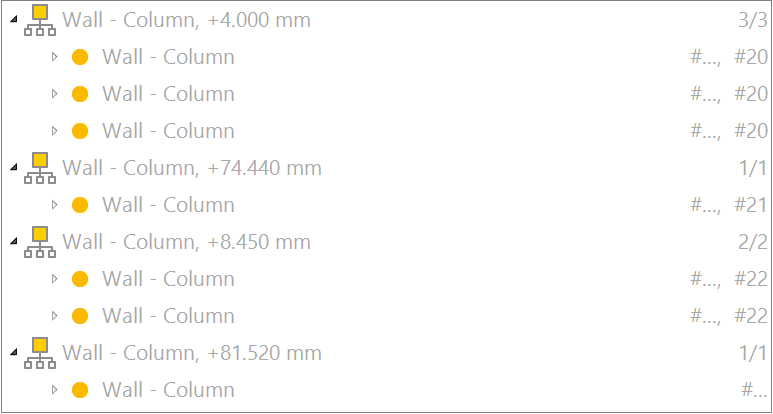 The issues are now available for all team members and can be looked up in their own BIM software to solve.

When new models are available, it is possible to update existing Smart Issues containing clashes. The update checks if the clashes are still present in the new models.

Additional options when updating the issues: 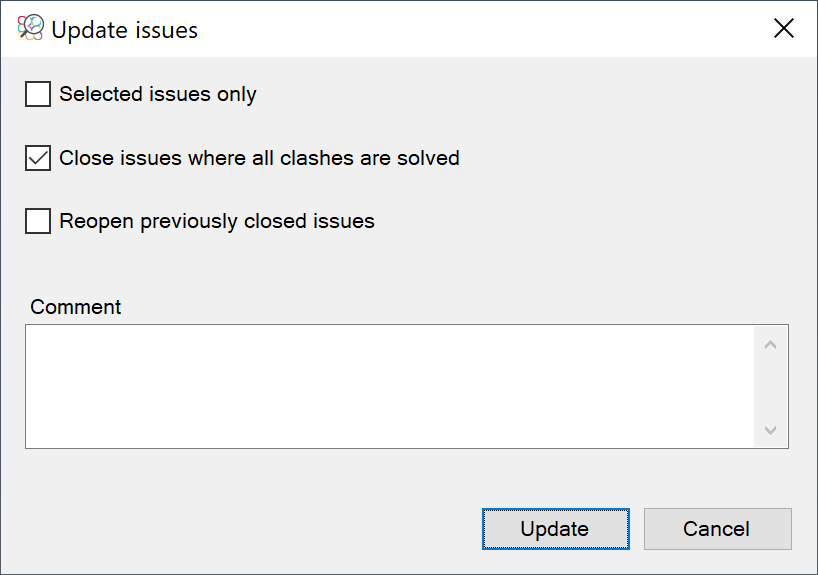 You can follow the progress of Smart Issues in BIMcollab Cloud as well.
Smart Issues which contain clashes, will contain an overview of all clashes in the issue and their status.
This list, as well as the issue's snapshot will reflect the status of the Smart Issue, so you also can review issues directly from the project in your space. 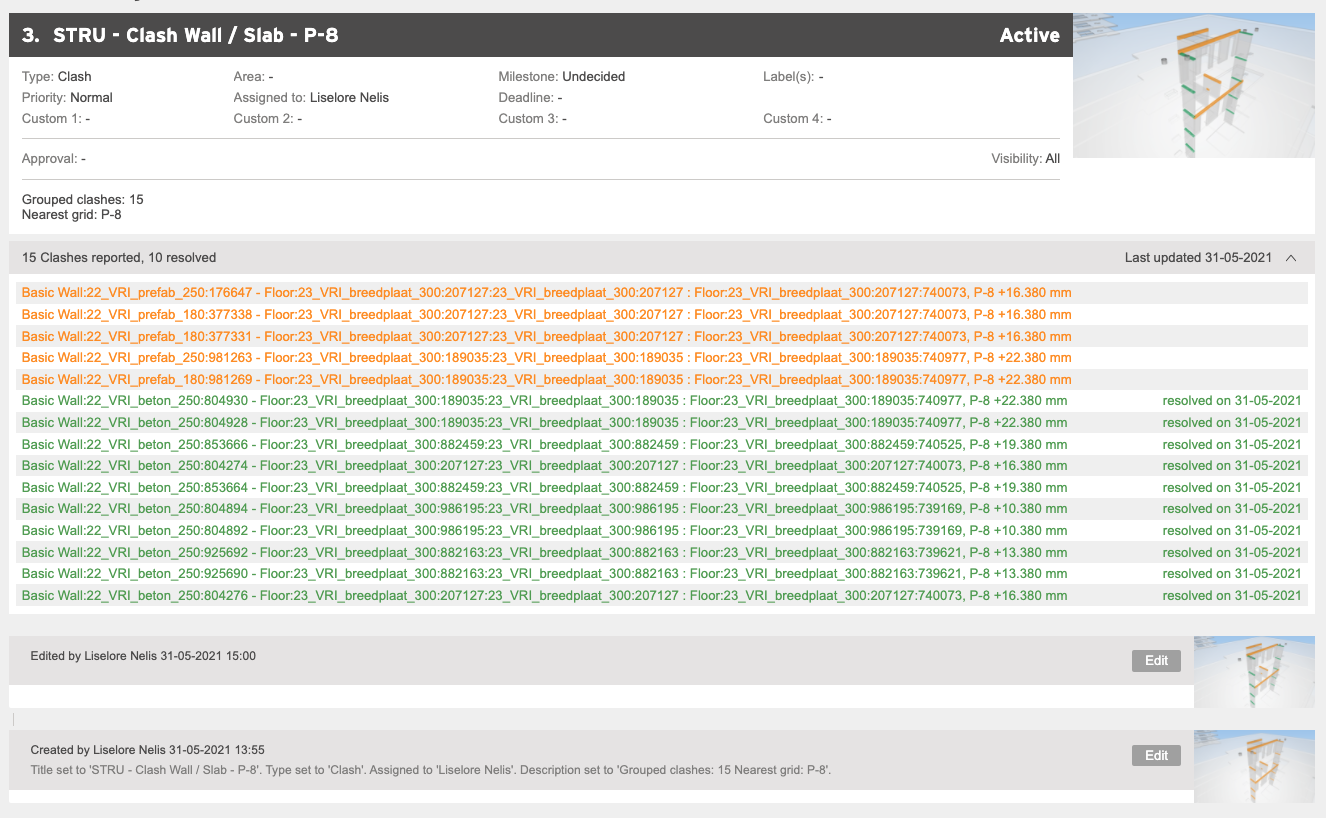 It is possible that the latest snapshot in the Issues overview is not immediately refreshed. To make sure that the most recent snapshots are shown in BIMcollab Cloud, clear the cache of your browser when refreshing the Issues page.

Use these shortcuts to force your browser to refresh your page with new data and ignore the saved, cached data: