In Connected and Enterprise plans, project leaders can setup user groups to manage who can see issues, and to whom issues can be assigned.
Each team member can be added to one or more groups. Groups represent subteams within your project. They need to be setup in the BIMcollab project by a project leader before they can be used.

To know how to create user groups, consult the article Define project properties.
Once defined, users can be assigned to one or more groups by the project leader in the Team member settings of the project. 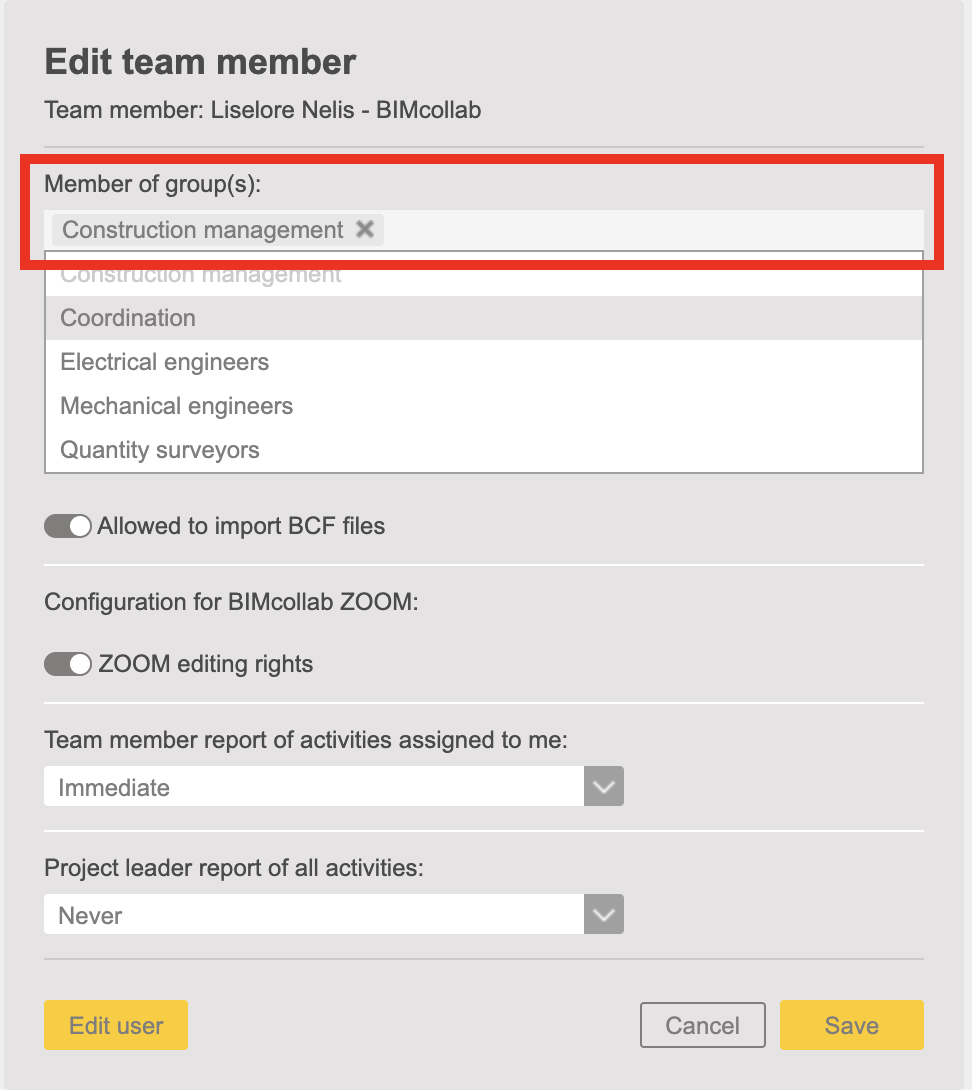 Project leaders can choose to enable the 'Visible for' field for issues in the project.
When this field is activated for a project, it is possible to define which team members can view the issue when an issue is created in the project.
By default, you have 4 options to define the visibility to hide issues from specific users:
If these options are not sufficient for the needs of the project, the custom user groups can help with visibility management.

User groups and confidential issues are a feature of the Connected and Enterprise plan.

Issues of which visibility is set to a specific group, will only be seen by the team members belonging to this group. Team members which are not included in the visibility choice will never see the issue.
The creator and the owner of an issue (to which the issue is assigned) can always see the issue.

Be careful with which team members you share project reports when using confidential issues. When creating a project or activities report you have the option to exclude items which are not visible to all.