Use models from Archicad for model coordination

Use models from Archicad for model coordination

Archicad contains two kinds of origins which are important for model coordination.

The Archicad Survey Point creates a data driven approach that allows for the translation of coordinates between Archicad and other BIM tools like BIMcollab. The Survey Point provides a real-world context for the Archicad model. It represents a known topographical point in the physical world.
When getting started with a new BIM project using Archicad, take these recommendations into account:
For a more in-depth explanation of the Survey Point in Archicad, please visit the  Graphisoft Helpcenter.

Exporting an IFC model from Archicad 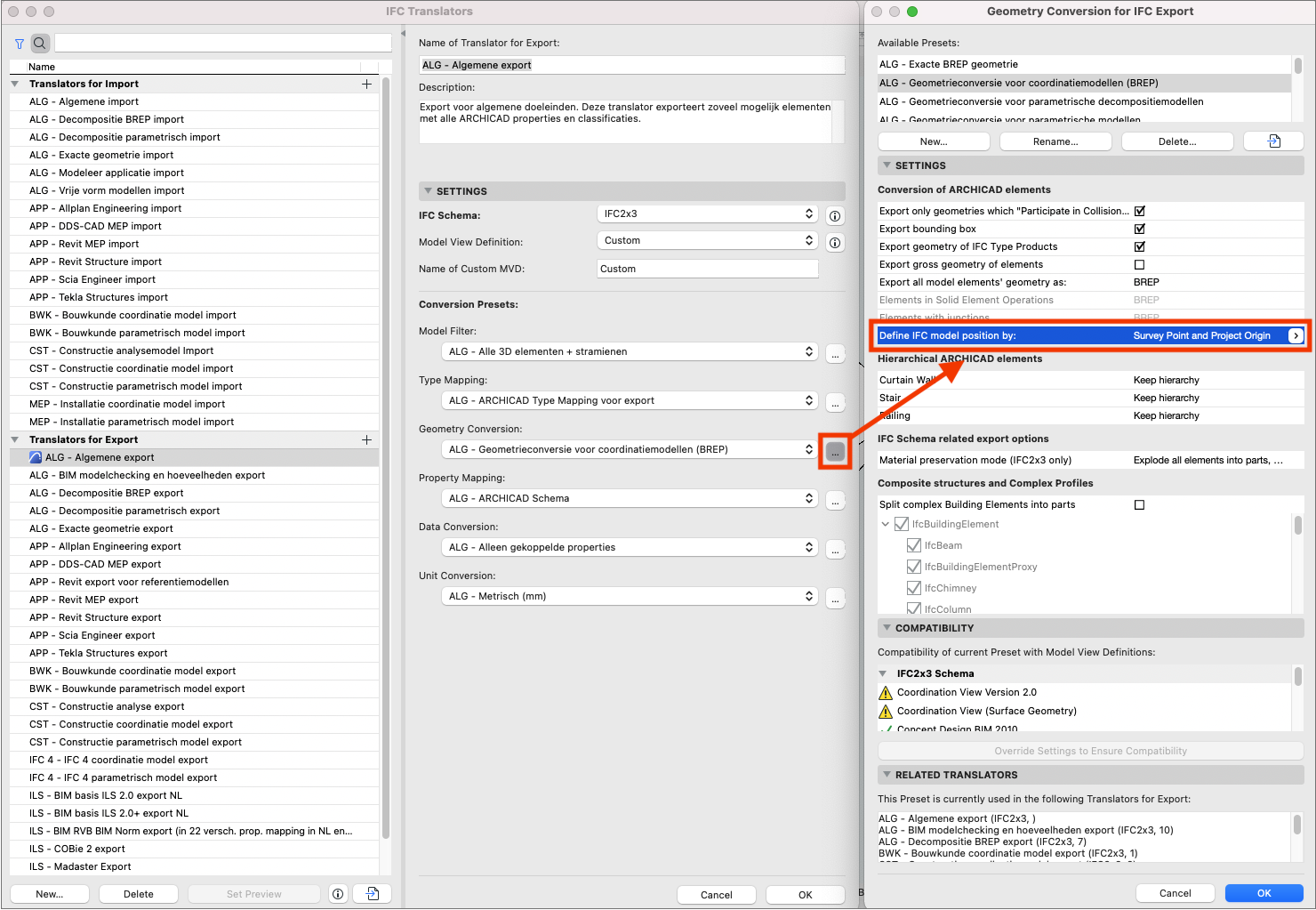 When coordinating the Archicad model with other IFC models using this translator setting, for example from Revit, the origins will correspond as follows:

Importing an IFC model into Archicad

The IFC Global Origin from an imported IFC file will be handled differently depending on the way the file is imported.  The topics below describe these different ways of importing. 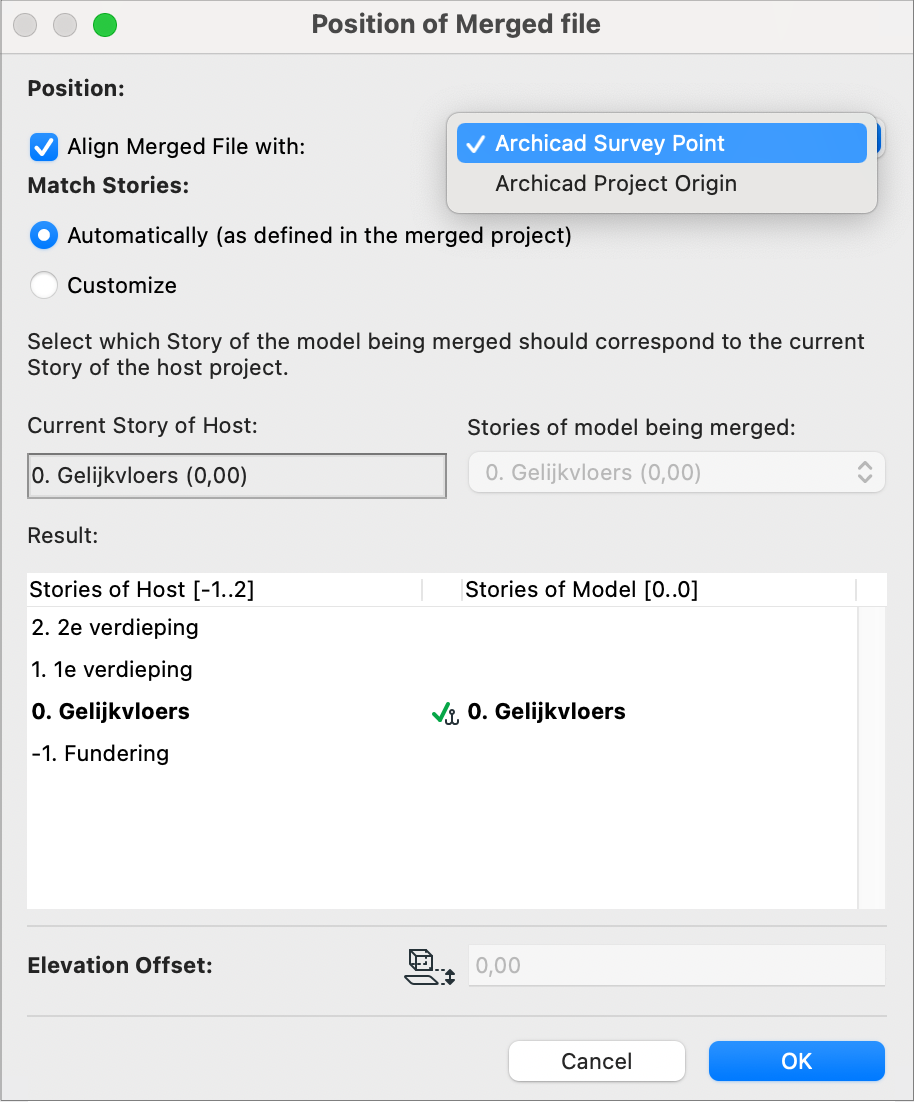 The way the IFC model is placed when opening the file directly, or placing it as a hotlink, depends on the IFC import settings "Match Archicad Project Origin with":

Creating and zooming to issues with the BCF Manager in Archicad

When an issue is created in Archicad, the Survey Point present in the file will ALWAYS be used as the reference point for the camera location of the issue viewpoint.

If they do not match, the camera might be placed differently when zooming to an issue in other software, like BIMcollab ZOOM.

An IFC file is exported from Archicad. The IFC Global Origin is in a different location than the IFC Site Location.

The file is opened in BIMcollab ZOOM, and a viewpoint is created. The viewpoint camera is positioned in relation to the IFC Global Origin. 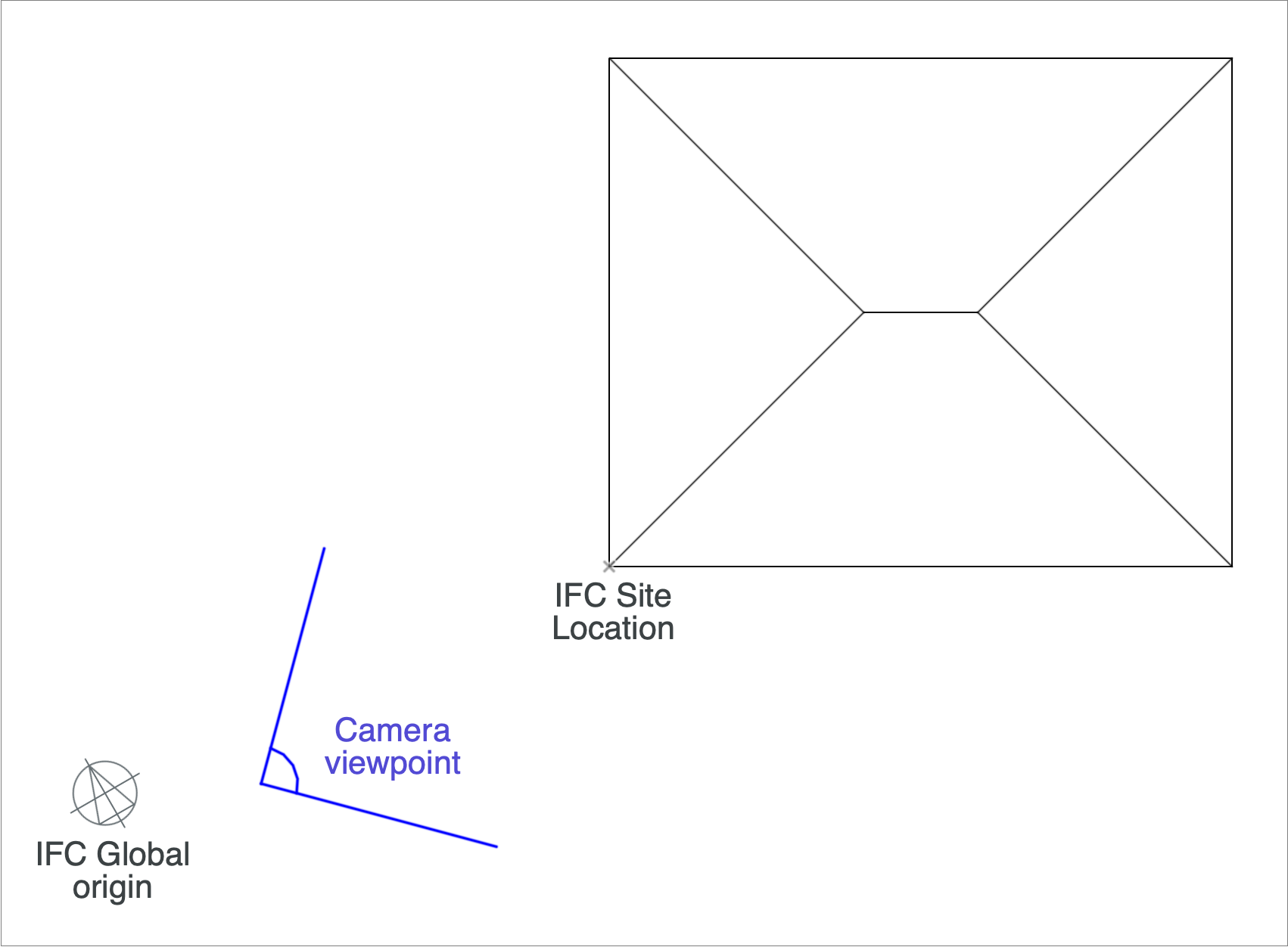 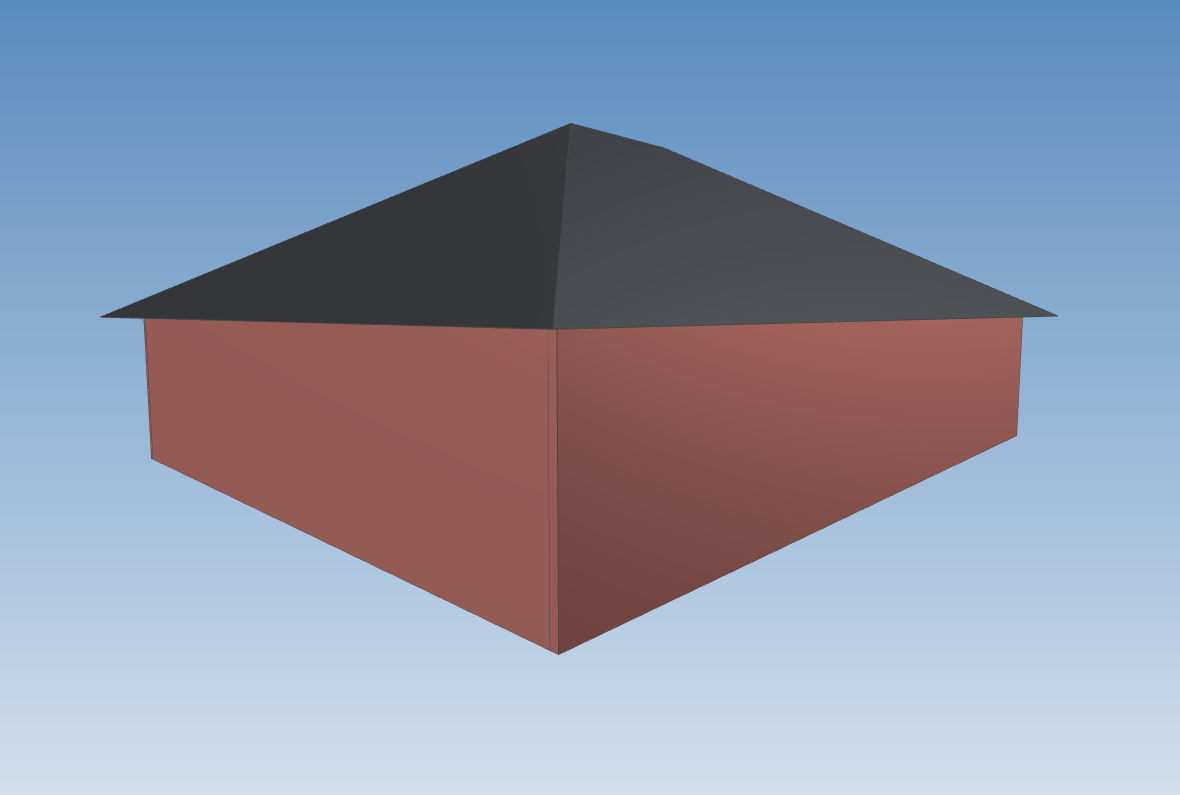 If the Survey Point in Archicad remains at the same location in regards to the IFC Global Origin, the viewpoint can be recreated correctly in Archicad. 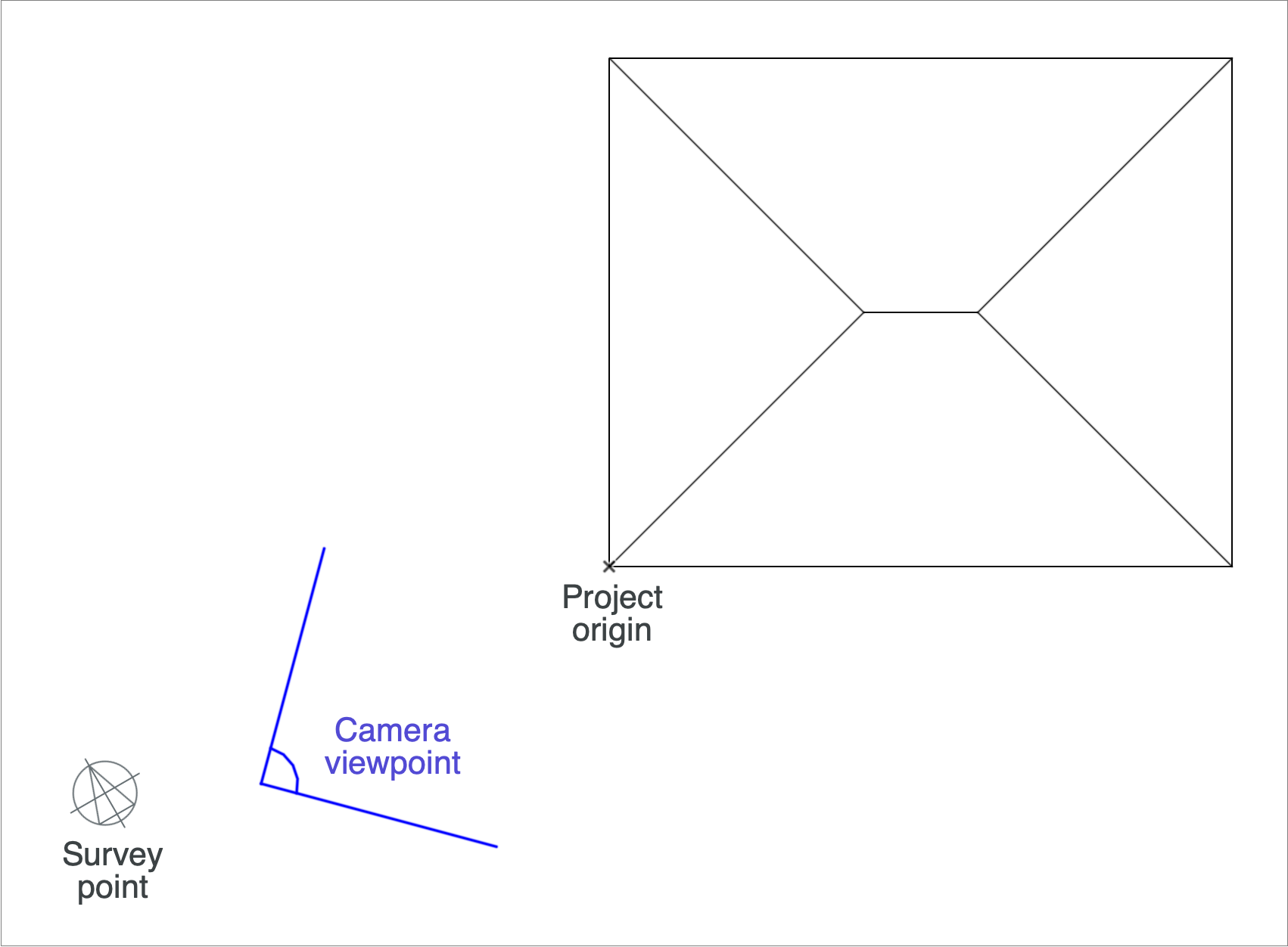 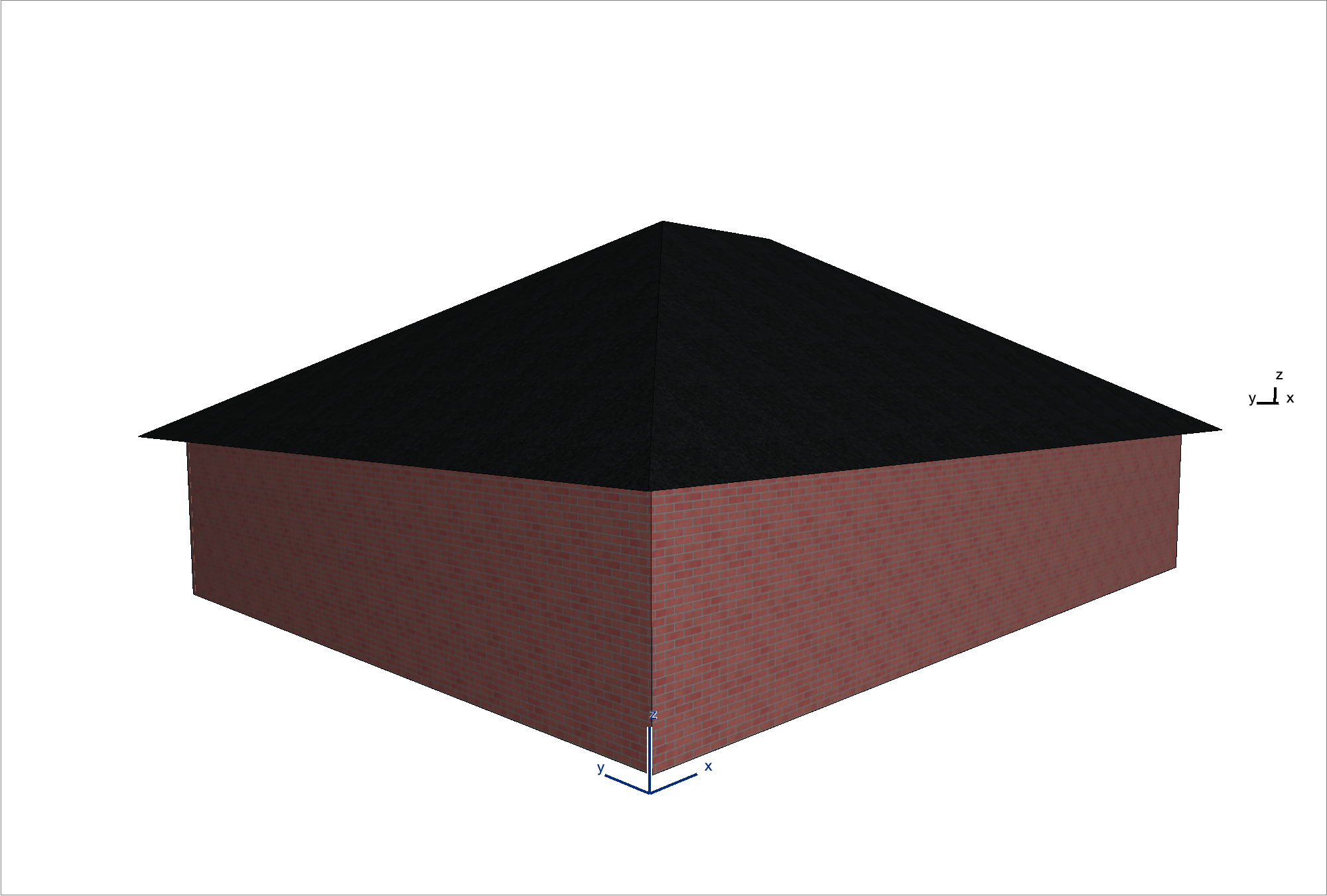 If the Survey Point is moved in the Archicad file, the Camera viewpoint will move along with it when recreating the issue viewpoint in Archicad. 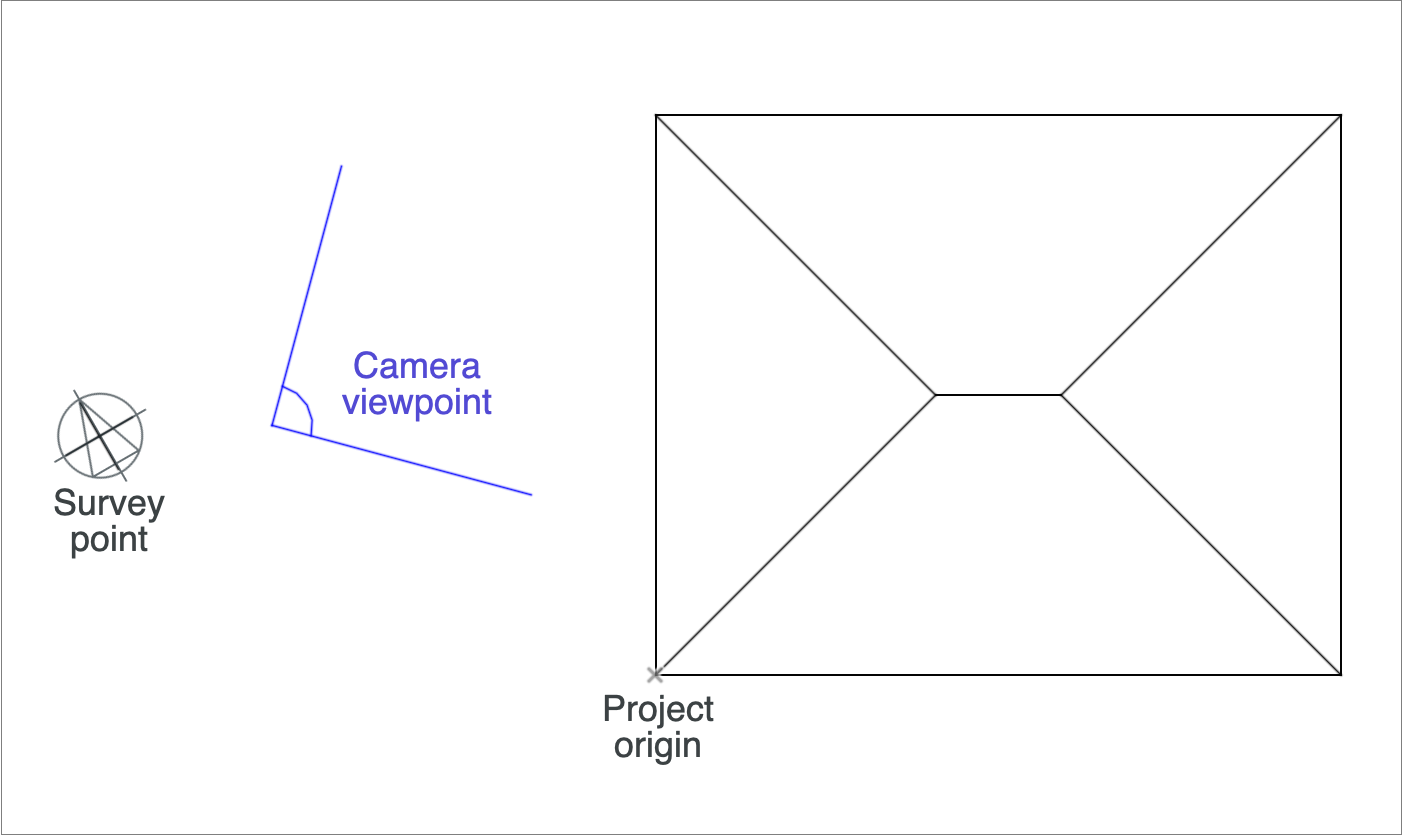 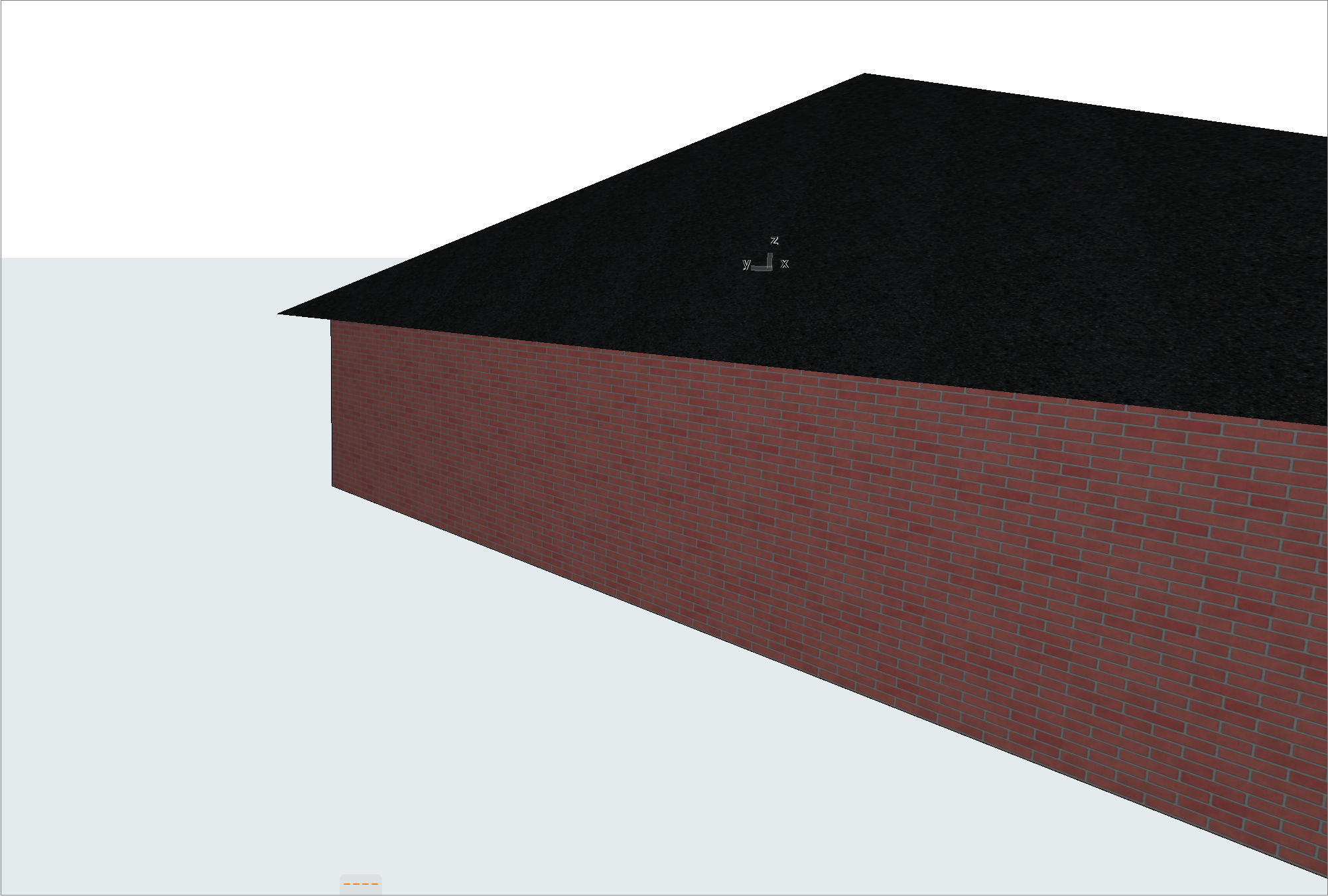 The same counts the other way around. If an issue is created in the BCF manager from Archicad, the viewpoint can only be recreated on the correct location in other software if the IFC Global Origin is in the same location as the Survey Point at the moment of issue creation.